WWE Money in the Bank – Review and Recap

Another Month, Another Pay Per View

It’s here – Money in the Bank. This is legitimately one of my favorite WWE pay per views of the year and having Braun Strowman in the event was sure to impress. The show is getting praise on our Twitter poll you can see below, but I did not agree. A lot of the storytelling was poor despite excellent quality wrestling. To be fair, we are in this to watch wrestling, not quality stories – so I guess that’s something you have to understand while watching events sometimes. Regardless, I am here to provide you a written review of the latest WWE wrestling marathon.

I review all ratings with a Dave Meltzer Style 5 star rating. However, I do not break over 5 stars. Kenny Omega vs Okada IV didn’t even break the rating scale and I refuse to do so. Not because I think I’m better than Meltzer, I just won’t defend myself as well as him.

The Club vs Bludgeon Brothers

I had little to no interest in this match, but somehow this match kept my interest and was pretty good! It was really a glorified squash as all pre-show matches typically are, but the Club got in quite a bit of offense.

This match did a great job of letting the Club look credible while also exposing weaknesses in Bludgeon Brothers. The Cosplayers pick up the win to retain their titles.

I was shocked WWE decided to open the show with Daniel Bryan, but here we are. This feud has hardly any heat or interest from many people despite involving Daniel Bryan. However, it delivered as a decent opening match.

Big Cass had, by far, his best singles match I have witnessed. He looked like he belongs in a WWE ring for the vert first time. Both men looked strong, especially Bryan.

As I predicted, Bryan submits Big Cass going 2-0 in their matches against each other.

Why WWE? Why did you book this horrible feud and then decide to place the match right after the other feud nobody cared about? This match was slow, boring, and uneventful. We have to respect Zayn for what he has been able to do with this feud, but this just wasn’t a pretty thing to witness.

Sami started the match off avoided Lashley until finally Lashley began to brutalize Zayn with offense.

Not a lot to say about this match other than it happened. Lashley wins with a cocky pin.

As anyone that listens to the podcast knows, I am a massive Elias guy. He is entertaining, a heat magnet, and good enough in-ring to be compelling wrestling. Luckily, he was sent out after that snore fest to save the crowd.

Classic Elias banter happens and Seth comes out to a huge pop, as expected.

I was fading early, but these guys brought me back in after a slow start. Seth continues to put on great matches and Elias was excellent in this match as well.

After a series of back and forth, Seth wins on a roll up by holding on to the tights and retains his championship.

Women’s Money in the Bank

For the second year, we have a women’s Money In the Bank match and it started off like it always does. Naomi, Sasha, Ember, Alexa, Natalya, Lana, Charlotte, and Becky all attack each other causing pure chaos.

Ember and Sasha are the first to go 1 on 1 and we see the first awesome spot – cross body to Sasha on top of a ladder laying on the mat. Gruesome spot!

These women just kept attacking each other on these ladders and man – it looked so damn painful!

After several ladder spots, Alexa comes down with the briefcase because of course she did. Match started hot, ended sloppy.

The only thing entertaining about this match was the crowd.

Another match on this card and the length is setting in on me. I am exhausted from this show and the wrestling to this point has felt uninspired.

This match followed the formula from the rest of the card. Carmella and Asuka did a decent job, but this was derailed by a James Ellsworth appearance as he made his return to WWE. Carmella retains. 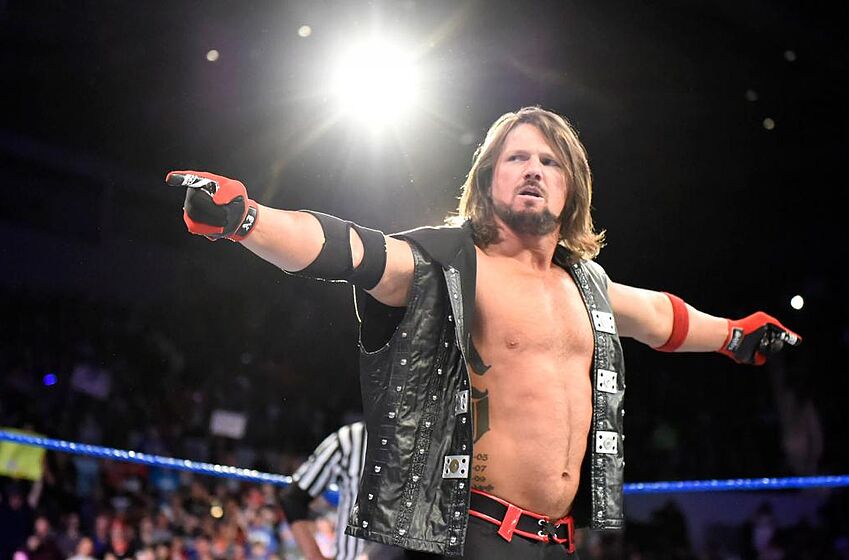 I think I may be in the minority, but I am very over this feud despite liking both wrestlers quite a bit. These guys are capable of amazing matches, so I watched with an open mind.

The pace for a large portion of the match was very slow and domianted by Nakamura for the majority of the match. As expected, a lot of action occurred outside of the ring throughout.

Both men brutalized each other during this bout with several gruesome spots including a couple of low blows and the final shot, – phenomenal forearm through the table. Easily the best match of the feud and finally a definitive ending. Aj retains.

Another match I had low expectations for, but was very impressed by the quality. Nia looked dominate and less sloppy than usual and Ronda Rousey is absolutely the future of the Women’s Division in WWE.

She has won me over with her selling, ability, and storytelling in ring. She is ready to be champ.

Ronda look to have it won when Alexa showed up, hit Ronda with the briefcase, and went on to cash in and beat Nia to regain the title for the 5th time.

At this point, I don’t have a lot more to review as I’m out of gas. We will talk more on the podcast this week about this show. The match had plenty of great spots including super human acts by Braun, per usual. Kevin Owens sacrificed his body off a Jeff Hardy approved Ladder.

Braun ends the show holding the briefcase and it looks like we are very close to not seeing Lesnar with the title any longer.

Well, that was Money in the Bank. What did you think? Did you enjoy the show? Let us know in the comments. Check out this week’s episode and see how Kyle and I did!